Since I was a teenager, I have adored the legendary San Francisco punk band The Avengers. Their self-titled pink album – released after their breakup in the early 1980’s – was part of the soundtrack of my teenage years. Whether it was on the stereo at house parties, on the cassette deck in the car, or on the sound system at local clubs, songs like We Are the One, I Believe in Me, The Amerikan in Me, Open Your Eyes, Second To None, and Fuck You always seemed to be there, playing in the background. Often, these songs refused to remain in the background, as the defiant passion of the music had the power to get everyone within earshot to stop and sing along. These were songs of unity, self-confidence, and rebellion against the corrupt, adult world. It was music that united young punks like some sort of alternative national anthem.

I was too young to have seen The Avengers perform live in their original incarnation, but now, almost 40 years later, I got the opportunity to see a reformed version of the band play at The Ivy Room, a small, intimate club in Albany, CA. The new lineup retained Penelope Houston as lead singer and Greg Ingraham on guitar, while adding new members Joel Reader on bass and Luis Illades on drums.

Two opening bands – The Neutrals and The Smokers – began the evening with some rousing punk numbers. The Neutrals somehow reminded me of the British band XTC, though they cite Wire as one of their influences. A three piece band whose British lead singer was at times snotty, at times aloof, at times frantic, The Neutrals played a simple, tight and aggressive set of songs. Following them, The Smokers, a four piece band from Oakland, roared through their repertoire of punk songs with great gusto and enthusiasm. They were also very enjoyable. These are two bands I would go out of my way to see again. 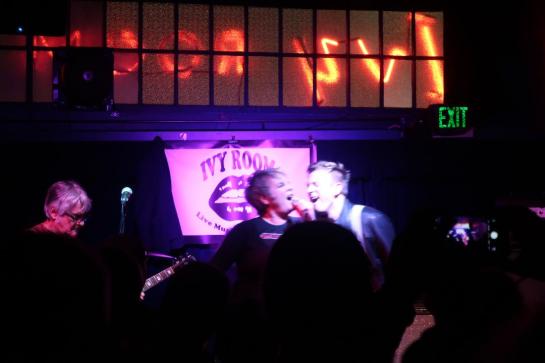 When The Avengers took to the stage, it felt as if I was in some sort of wonderful dream. The familiar songs of youth filled my ears. As one, the crowd sang along with Penelope Houston (who seems to have lost none of her passion and energy), raising fists in the air while swaying back and forth like waves on the surface of a single body of water. The strangers around me were mostly my own age, making me imagine that they – like me – were also reliving some of their own youthful, teenage punk rock memories. 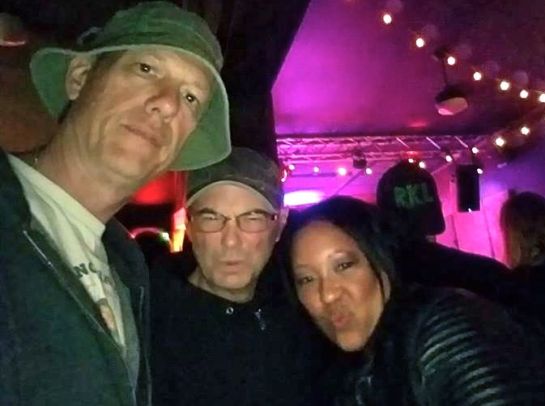 But what made the evening especially terrific was to be with some of my old friends; people with whom I share concrete experiences and memories. My wife Juneko Robinson (who I first met when I was 17), my old friend Matt Forristal (with whom I have had many teenaged adventures), and Derek Johnson (whose bands UXB and Ludovico Technique were among my favorites in the 1980’s) were all there, sharing in this punk rock communion. For the duration of The Avengers’ performance, it felt like we transcended current time, entering a trace-like state separated from the worries and obligations of the present.

The wonderful dream came to an end after The Avengers concluded their encore and left the stage for the evening, forcing me to wake up to the realities of the present: going home to let the dog out, getting some sleep, and anticipating work that would have to get done the next morning.

I look forward to more dreams.

3 thoughts on “The Avengers”